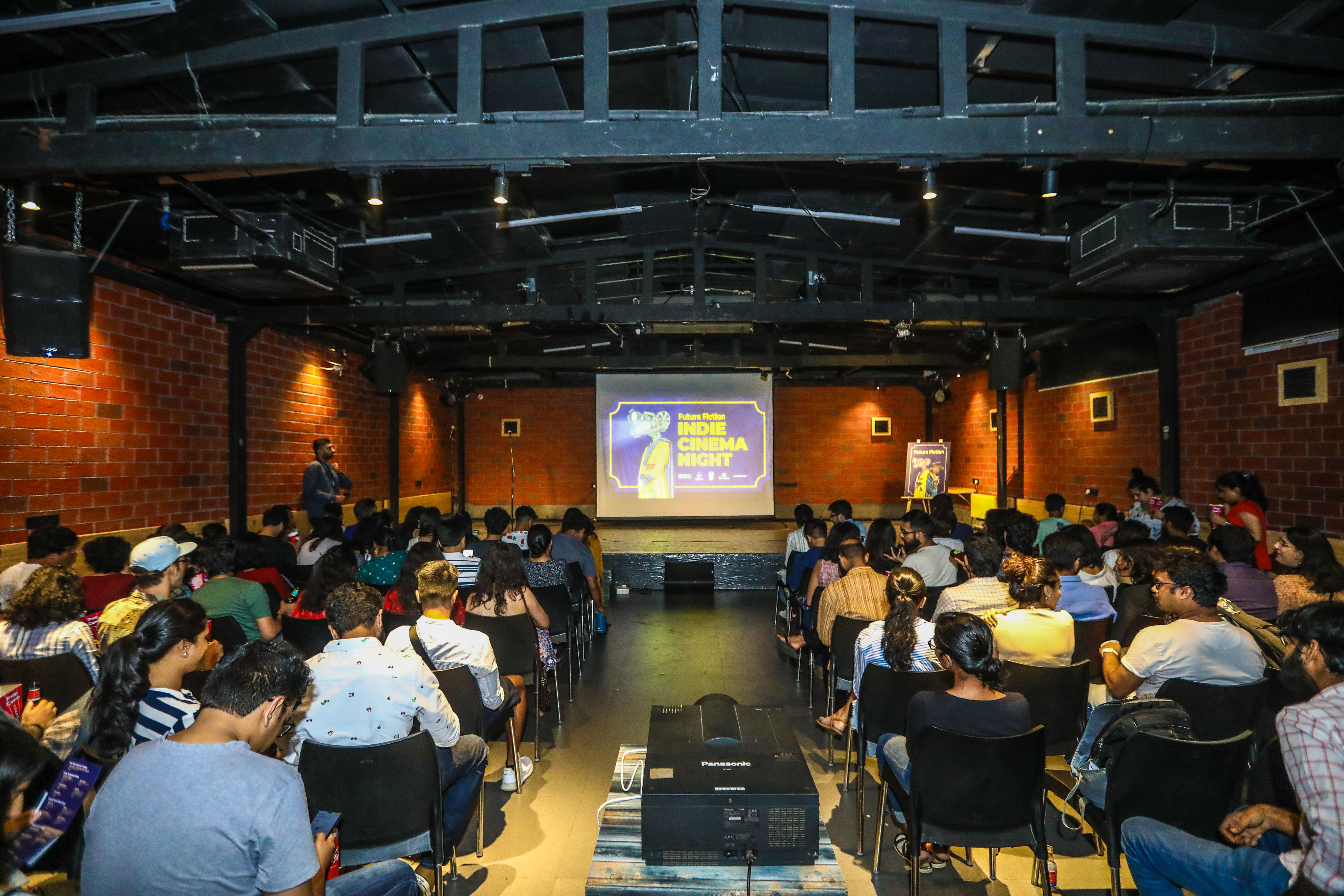 The Indie Cinema Night brought together over 135 people - filmmakers, creators and cinema lovers - for a very special, first-of-its-kind indie cinema screening in the city.

We recently concluded the first edition of Indie Cinema Night - an evening of incredible showcases of independent visual storytelling you never get to see otherwise and, what a night it was! We brought together over 135 people - filmmakers, creators and cinema lovers - and packed in 19 films in 4 hours for the discovery of the independent cinematic landscape in India and the UK.

Reminiscent of old style movie nights replete with complimentary popcorn and coffee, the evening was a chance to discover new formats of storytelling - right from Smartphone Cinema to Visual Music to award-winning Shorts from the UK and independent and animated films from Indian creators. Some of the themes included responsible environmentalism, dystopian societies, and imagined futures and highlighted the dynamics between culture, creativity and identity.

We kicked off the evening with Aneesh Prasad, Co-Founder - The Outbox Project who explored the creative potential of the vertical film-making format and smartphones as a tool for independent filmmaking.

What followed was an inspiring selection of animated works from India showcasing a diversity of styles and techniques. The highlight of this programming was 3 noteworthy animated shorts created by the National Institute of Design, Ahmedabad (NID) students which showcased innovation and explored varied filmmaking formats.

The Indian independent film programming showcased just how incredibly diverse and exploratory filmmakers in India have become. It featured a curation of independent films exploring an array of themes, and a variety of styles cutting across genres. The films on showcase were Aldona Video Club, Sangharsh, The Call of Pashmina, Wintergreen and the award-winning Counterfeit Kunkoo.

The Indie Cinema Night was born to create an alternative space for emerging forms of film, visual art and animation from India and abroad. It is produced by Future Fiction to celebrate moving image in all its forms, the current creative energies that build the scene and emerging formats of storytelling. In the coming months, Future Fiction will be organising another 3 editions of the Indie Cinema Night across cities in India - Mumbai, New Delhi and Bengaluru.

Through a series of events across formats, we are focused on addressing the future of Indian digital expressions and bring together a community of established as well as young and independent practitioners of emerging new media.

These series of events will act as a primer to the upcoming fourth edition of EyeMyth Media Arts Festival later in November in Mumbai this year. Exploring present and future cases of immersive storytelling and new media, the upcoming festival will bring together pioneering artists, thinkers and experts at the forefront of their fields. The festival will feature an array of showcases, mixers, workshops and performances that will explore various forms of expression through new media.

How can advancements in artificial intelligence provide opportunities for Indian media creators and entertainment platforms to leapfrog into a new era of authenticity, plurality and vibrancy of content for the next billion audiences?